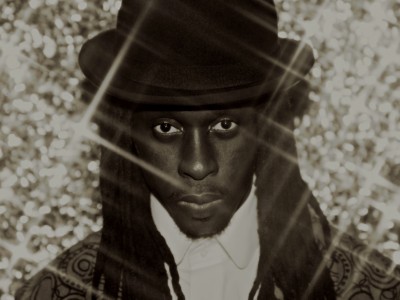 It's the story of a street child in Dakar who makes guitars out of tin cans to bring his musical dreams to life.

It's the story of a young man who, with his group Daara J, travels the world and makes the stages of the most prestigious festivals (Glastonburry, Womad...) vibrate. It is the story of a voice that has seduced and collaborated with the greatest international artists (from Damon Albarn to Wyclef Jean des Fugees). And which raised the enthusiasm of personalities as eclectic as Lenny Kravitz, Bernard Lavilliers, André Manoukian, Zaz, Nagui, Imany, or Grand Corps Malade from the release of his first solo E.P. Untitled! ranked 13 of the top digital the week of release.

As a witness of the incredible universality of his style.

Because everyone will tell you, Faada Freddy has an extraordinary voice. Capable of singing everything and taking it all to the heart. The perfect alchemy between body and heart, technique and emotion, music and sensitivity.

Far from easy, Faada Freddy has made a record without any instrument, only with voices and body percussion. Between choir beats, finger snaps, beatboxing, he enchants with his unique voice at the service of a millimetric pop music, both innovative and full of soul. Subtle mix between Bobby McFerrin, Otis Redding, Bob Marley and Michael Jackson.

But above all, the man is a great showman. On stage, Faada Freddy twirls, dances, exults, communicates with the audience. The lights dance around him and his talented musicians share and accompany this trance. As for the audience, they are literally swept away from the first to the last note.